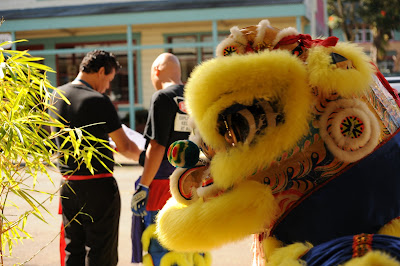 So I’m here in Indio, the Palm Desert of California, one of the most beautiful and posh places on earth. We drove in through Death Valley from Las Vegas, past the Joshua trees and cacti in bloom; the mystery , magic and tonic of the mountains drawing us ever closer. It is spectacular and serene here as we now fully savor the embrace of springtime in the desert.

I was fortunate enough, LUCKY enough, blessed beyond description enough, to be invited to go to Coachella. Not too many of my friends go to rock festivals so much anymore so this was a unique opportunity in itself but as it turns, Jay-Z, the voice of the latest generation, was to be here, headlining. Jay-Z, THAT guy. The one that used to deal drugs. That dark-mouthed, filthy talking black guy. Yup. That one. So this was a UUUGE opportunity. One that would make me stop anything I was doing to hop aboard the Let’s Get It Started Train.

Jay- Z fascinates me. Absolutely fascinates me. He rose from his roots in Bed-Stuy in New York to become THE icon of the music industry, incredibly successful in a wide range of related and unrelated business activities, managing to land a really nice girl from a good family down south who herself just happens to be the ruling crown princess of pop music. He gathered up his girl, married her, and at this date, the two reign as Mr. and Mr. Entertainment of the New Millennium with no apologies. The new Brad and Angie of music and show business, Jay-Z and Beyonce are, without qualification, the hottest ticket around.

As much as I admire his ambition, as it turns out, it’s Jay Z’s music that I really, really like. It is smart, it is funny, it is ironic, expressive and reflective. And sexy. Such an interesting, interesting, interesting guy, this Shawn Carter. He speaks at length about growing up in The Hood and making his way through the gauntlet of legal and illegal opportunities available to the denizens of his neighborhood. It’s quite explicit for a white girl like me; a white girl from Coeur d’Alene. But as I stood among the diverse population of Southern California last night, heck the entire world, under the dull, dark skies of midnight, I realized Jay Z is only explicit to me and my people, the white Presbyterians from small towns in Idaho. Jay Z speaks to and of a life that is quite prevalent, quite true, quite real, quite American, even if I have no direct knowledge of it. He witnesses the pain and suffering of his youth and his people and speaks with the integrity of the first person. With no apologies. A lot of the people I was with last night knew exactly what he was talking about and it was only explicit to them in that Jay Z nailed their adolescent chronicles perfectly.

Listening to his music is like reading the Op Ed Section of the New York Times on a really, really good day when Egan, Friedman, Fish and the like are all hitting every single high note and banging every single low one hard. My absolute favorite song is the one where he talks about the myriad of things that plague his day and what he has to go through to get through. He has business, artistic and assorted other issues that are chronic and unrelenting and makes the point, quite nicely, that his life is just a little more complicated and demanding than a sad love life. It actually is a nice illustration of the Maslovian Pyramid of Needs, saying that before you can ever self-actualize, your basic needs of security and safety must be met. The climax and refrain of this brilliant effort, that succinctly lays out what so many of us want to blurt out? “I’ve got 99 problems and a bitch ain’t one. Hit me.”

Of course, Jay Z has only the most talented and accomplished musicians working for him so that Hit Me part is masterful, masterful guitar riff that rips through your gut, travels up your backbone like summer lighting, then makes the fillings in your molars hum as if they were your cell phone on vibrate. HIT MEEEEEEEEEEEEEEEEEEEEE. How can you not love this stuff? And confess in your heart, Dude, I am SO glad you said that. That exact thing has been rolling around inside me for ages. AGES. HIT MEE! Jay-Z gets you in touch with every fucking thing that has been bothering you today and this month and shakes it all right out, whirls it through the air and lets you watch it explode into fireworks in the sky. Whooo wheee. Seriously sexy stuff.

If most people last night were like me, the highlight of Jay-Z’s performance was Forever Young, the song he originally did in collaboration with a guy referred to as Mr. Hudson. The song talks about staying young or living forever; surely life is too sweet, too delicious to only be a one-time thing or even finite. Mr. Hudson sings in a plaintive manner highly reminiscent of Sting and is a lovely, lovely listen. Our Boy Jay-Z comes in with his deep bass saying,

We live life like a video
Where is the sun is always out
Where you never get old
The champagne is always cold
And the music’s always good
And the pretty girls just happen to stop by in the hood.
…Just a picture perfect day
That lasts a whole life time
And it never ends ‘cause all we have to do is hit rewind.

It, of course, in the 2010 rendition of the Grass Roots’ hit, Live For Today, but is oh so lovelier, smarter, nicer than the Grass Roots banging drum wail of the 60’s. Jay-Z speaks about living fully in each moment and letting tomorrow sort itself out, not losing today to fretful worries yet absolutely making the most of every opportunity:

…Leave a mark that can’t erase
Neither space
nor time.
So when the director yells cut,
I’ll be fine.

The thing about it that was so magnificent last night is that he brought someone on stage to sing the Mr. Hudson part that he refused to introduce, saying, She’s someone who needs no introduction. The crowd went absolutely nuts of course, because it was his drop-dead gorgeous wife, Beyonce, looking very south of France in cut offs and a white torn tee shirt off the shoulder. She appeared as if an apparition and began to sing and this tough, tough, smart bad ass from the hood melted in a chocolate puddle on the stage. If he’s the businessman and poet in the family, she’s the singer and as she widened her stance, threw back her head and sang, foreeeevvvvvvver younnnnnnng, we all believed as he did, that this was the only moment ever, listening to Beyonce Knowles sing under the starry night skies of the Palm Desert. We held hands with Jay-Z and swayed to the music in the darkness together as this exquisite nightbird lit up the sky and our hearts with her song.

The fireworks went off, she glowed, skipped off stage; he beamed and clutched his microphone like a little boy who just found the golden egg at the Easter Egg Hunt and we were all elevated and transported into our own Ponce de Leon moment. Fireworks in the sky indeed!

Jay-Z then did a thing that I have never seen. He took a moment, in what seemed to be an impromptu gesture, and had the houselights turned up. He said, I know you are there. And I just want to see you. He had the cameras pan to the different signs, directing the signs to be held up, saying I see that sign. Telling the girl in the Yankee cap, in the bikini top, with the Lakers shirt, that he saw her. You, waving at me in the white t shirt, I see you Baby Girl, I see you. You, guy in the Philly shirt, I see you. You, baby girl, You! With the pink thing I SEE YOU. I see you…out there, guy with your shirt off…lookin’ like…lookin’ like…the situation…I see you. I see you. It was possibly one of the most electric moments in a live performance I have ever seen. He talked back and forth across the audience and yet back again, calling out to his people, recognizing them one by one. He wanted it said that he knows them, he sees them, he is them. It was a servant gratefully acknowledging the benevolence of a master and a loving gesture of pure humility in the most unexpected moment. I do not know if I have ever seen a performer show such respect to an audience.

And that well could be the essence of his art: he arises from among them, us, and speaks in first person of what exactly it’s like. Without apology or clarification. With respect and generosity. Acknowledging the reality of the moment. Pulling no punches. And saying, I am only this because of you.

So I was schooled last night on bad ass, muthafuckas from The Hood. I continue to be a student and continue to be grateful. And it is my most fervent wish that when the director yells cut,