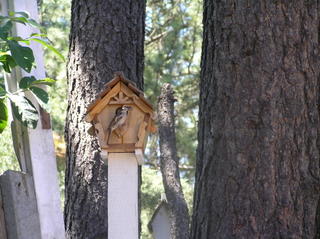 Went to the fair last night. Saw the llamas. They were awesome. Only thing even half as good as the llamas were the pgymy goats as the mules were a complete disappointment, but I digress. The llamas were spectacular. They come in all different colors and some llamas were groomed and looking fine and others hadn't been groomed since the beginning of summer but were looking fine nevertheless. They were eating a grass of sorts, hay probably, and from the 4-H information posted about, appear to be vegetarian. But the best part was their aura. They just looked at you. Some looked at you and began humming. Some looked at your without ever moving a muscle. They never broke your gaze. They just looked at you. These llamas had a wisdom and a patience that is ancient. More than one of them seemed to say, as they laid on a piece of beaten down sod under bright lights at a late hour, this too shall pass. 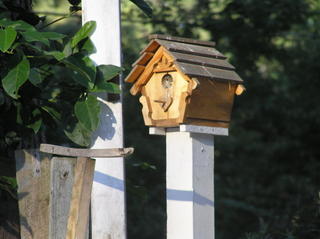 But the best part was the little 4-H boy's poster on his llama. He announced that the llama had the same birthday as him, posting both dates as proof amid all the usual llama data and information. His poster had pictures of his llama as a baby and care rituals that he and his llama maintain. But the very best was the conversation balloon in the corner with the request "Please don't pester my llama without my permission." A mother's love can even appear as a little boy with a 4-H project.
Posted by JBelle at 8:58 PM No comments: 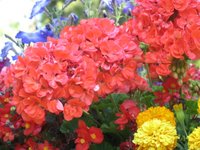 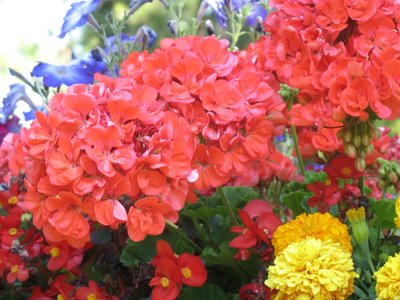 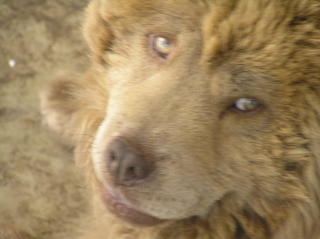 Silvie Ruth came and put her chin on my knee this morning and said softly, "You know, Grandma, it's the dog days of August--when are we going to have the big dinner and presents?" Silvie always wags her tail when she talks to me and is so friendly and cute. Silvie's the Chow who makes friends with everyone. I said, "Sylvie, honey, what do you mean? You want a big dinner? You want presents? Sylvie, your birthday was in March."

She said, "Grandma, Dog Days, like Mother's Day and Father's Day--only Dog Days. We get presents and a big dinner, right?" Red Dorothy ran by and yelled, "Sylvie! You Stupe! According to Green Libertarian (Dorothy reads a radical North Idaho redneck blog) Dog Days are the hottest and most unhealthy days of the year! Also known as Canicular Days, the name is derived from the Dog Star, Sirius! You do not need a big dinner!" Although she's the smallest Chow, Silvie Ruth whipped around, took Dorothy d 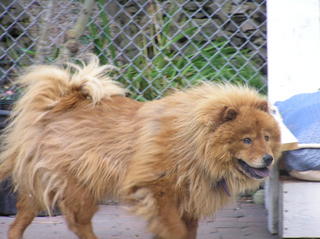 own and bit her until she howled. That Silvie is tough and takes no guff from anyone. She then trotted back to Club Chow and said sweetly over her shoulder, "Maybe you can just feed us some chicken bits out the back door." Cleo looked up and said I better hurry because the traditional timing of Dog Days is the 40 days beginning July 3 and ending August 11, coinciding with the heliacal (at sunrise) rising of Sirius.

Now it's hard to imagine just exactly what does go on at Club Chow when I go to work each day, but safe to say, there's much talk that goes on before and after the Ball games. Sirius or just kidding, hot or not, it's always a good time for a family dinner where the conversation runs wild and free, the dessert is sweet and cold, and the food tasty and comforting. Long live the Dog Days of August and Sylvie Ruth, the Chow who loves to talk and laugh with her friends and family. 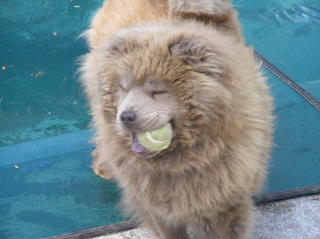 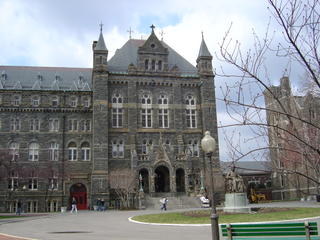 I was thinking about change again and how one effects lasting change in life. As I mentioned previously, my friend Carol says you must find someone to guide you. When you look to make a change that is genuinely fundamental, your footing is sure to become slippery. Your guide can help with your footing and provide emotional and intellectual sustinence to speed you on your way.

The Jewish philosopher Martin Buber says that in sofar as a relationship (with God) is concerned, you must have the will to seek out the relationship and the grace to receive the relationship. Another simple but profound assertion. I have long observed that when searching for that new or obscured path, you gotta want it. You gotta want it so bad that you will keep looking long after it's dark and well past your fatigue. You gotta want it. But only with maturity (defined as the passing of years, not as the ideal state!), have I contemplated the state of effecting change, reaching a goal, touching the stars and the Day After. What next? What next.

The grace to receive the relationship, to accept the change poses a far more perplexing challenge that making the change itself. After all, I have this guide who keeps the path lit, the firewood dry, and the rain off my back. Although the struggle of change is sometimes fierce, is often fierce, it is temporary and finite. This, too, shall pass. Receiving the effected change and living well with it is a completely different matter far more burdensome than imposing a necessary regimen of self-discipline and summoning courage to set out on a certain determined path. The destination of change is a far less accomodating host than the path of change. 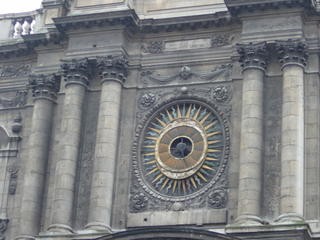 I expect, just absorbing the beginnings of change around me, that the destination of change could be a confusing and disappointing place. People around you, maybe because they lack grace in their own lives, might fuel much of that confusion and disappointment. Because old routines and practices are disrupted and destroyed, they wonder where the change in your life leaves them. Does their relationship with you still exist because you have changed? On some level are you the same person as the changed person? I believe they also can feel a certain guilt and mount a defense because they have not embarked upon a change. Finally, people most always will take comfort in the status quo rather than embrace change because they know what comes next with the status quo. Hence the grace in being open to a new relationship and living well once you arrive at your destination becomes the real reward, the net final destination. 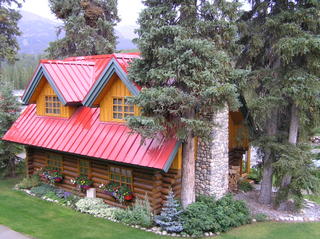