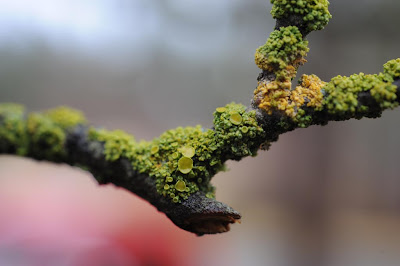 So Cliffie and The Chows have the garden in tip top shape. They've been working at it all along over this playday of a winter we've had--since we cut down the chrysanthemums and put up the Christmas lights, shortly before Halloween. Mild winter, early spring. El Nino. Global warming. Your call.

But the flowers bloom in Bellemaison this morning which has never happened this early since I have lived here. So it will be a long spring and a longer summer. Easter is finally here, after what seems an interminable Lent, even if the snow did not fly and the rain did not whirl about us in gray tornadoes of gloom. It's an odd time.

The politicians continue to live out their fondest fantasies in the The True American Nightmare. I think if their mothers were alive it would all be different. I have to believe the mothers of those people would put a stop to it all. Wouldn't they? Cliffie pointed out that the tea partiers and the citizens with the foul mouths, bad tempers and long forgotten manners might be excused in all this because they are unemployed, have been unemployed, suffer each and every day with such whereas of course, the politicians, all the members of Congress, have not missed a meal, a vacation nor , ahem, a doctor's appointment or a procedure since the recession settled in for a nice long visit. And I agree with Cliffie. I can excuse the frustration of those in need but I cannot and will not look kindly on those fat, gouty cats of Congress who apparently aim to master the art of form over substance and contention, argument, and polarity. shame.

Shame. All during Lent, too. Beautiful, ironic missed opportunity to think it all through. The days wander on, even though the air is still, but it's as though someone has pushed pause. I feel paused in my heart and just hope that when someone finally pushes play and the dialogue and sound resume, my heart awakes and lives.